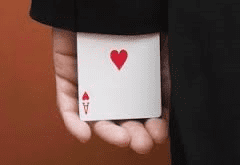 People are always looking to improve their insurance coverage and simultaneously save money, but the two do not necessarily go hand in hand. In addition, most people do not know enough about insurance policies and distribution methods to make their search as effective as possible. This is the first of a two-part article that will attempt to offer some insight into this process. This installment will focus on insurance for individuals, while the next one will focus on insurance for businesses.

When obtaining coverage directly from a carrier, you’re pretty much on your own when choosing limits of liability, deductibles, and other policy features. Direct writers typically employ inexperienced, unlicensed service representatives, who are not always able to provide you with the information you need to make an informed decision. They are also not able to go over specific policy forms to illustrate diminished coverage or actual gaps in coverage. And by not having a licensed agent acting on your behalf, you are taking full responsibility for your coverage decisions and any mistakes you may make. Claims assistance is often lacking as well, from the standpoint that there is no agent on your side to protect your interests and provide consultation. Often it does not make sense to even proceed with a claim as the surcharges could amount to more than what the insurance company pays out. Are premiums less expensive? They can be, but not always. Savings realized by not having licensed agents are often offset by advertising expenses.

Obtaining coverage through a captive agent is a little better, but still has its drawbacks. The main issue is that such agents have access only to policies underwritten by a single company. Consequently, they are not always able to provide appropriate coverage if it is not offered by that company. Also, in the event premiums rise significantly, they have no other options, forcing you to shop once again. Offices such as these are typically small, often employing a single agent and staff of two to three, so access to assistance is sometimes limited, particularly if an agent is away from the office.

While first two options have significant shortcomings, obtaining coverage through an independent agent does not. Independent agents have access to multiple insurance companies and can usually get you a better deal than you can get for yourself. In addition, if premiums increase the independent agent is able to pursue policies from other companies on your behalf so you don’t have to. Independent agents also specialize in more than just personal insurance, providing expertise and access to complex business insurance, worker compensation, bonds, health insurance, etc. These advantages allow the customer to build a relationship with their agent that doesn’t have to end if premiums increase or coverage is not available. And the better an agent knows the client, the more an agent can understand the exposures the client faces.